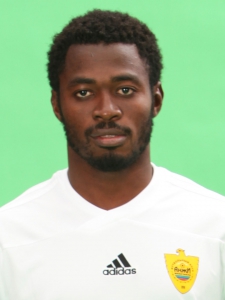 Russian Premier League club Anzhi is Eliakwu's last team. He failed to establish himself in the squad mainly due to the arrival of Cameroon super-star Samuel Eto'o.

Last month, Eliakwu trained with Israeli club Hapoel Haifa but was not offered a contract. He was also linked with an Egyptian clubside.

He had previously played for the youth team of Inter Milan, Ascoli, Triestina , Spezia, Gallipoli and Varese. The 27 - year - old has an Italian identity card.