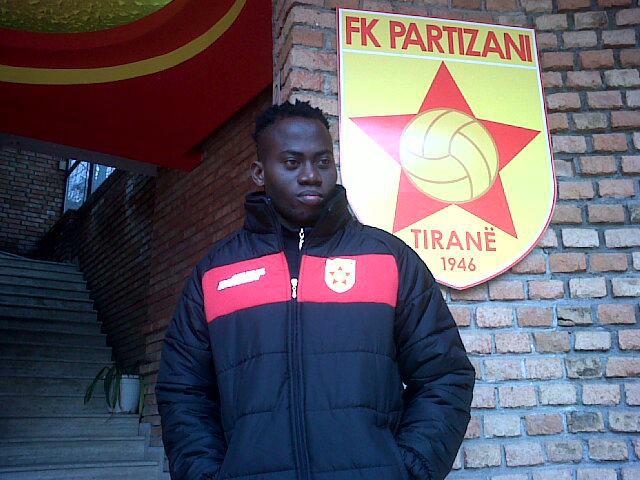 Albanian second - tier club Partizani Tirana just before the close of the transfer market signed Nigerian midfielder Oladele Oshobe, but kept this a secret from the public.

The highly rated Oshobe will play for Partizani Tirana for the remainder of the season. Inserted into his contract is an option of an additional two seasons in the club's favor.

Oshobe joins the Nigeria youth international Felix Udo at Partizani Tirana, who occupy the 5th position in the championship.

Since his acquisition, the 19 - year - old trained for the first time with his new teammates on Saturday, February 23.

''The player joined Partizan before January 31, when it was the official deadline for doing so.

''The fact that this is the first time with the team has come as a result of an injury that the player had.

''While we waited until he was fully recuperated to become part of the team,''Olsi Ranxhi , spokesman of Partizani Tirana, told panorama-sport.com.

The central midfielder, who last played for 36 Lion, Lagos, could make his league debut on Monday against Elbasani.