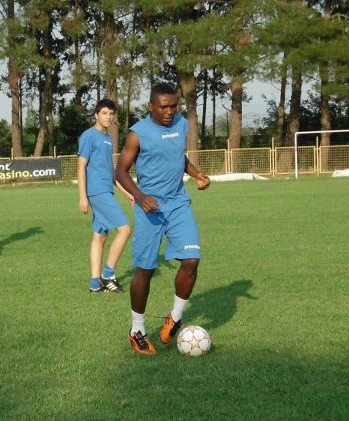 According to leaks gathered by our Editorial staff, Nigerian wing back Bright Adizue is on the brink of a dream move to Metz, who these days play in the third - tier of French football.

Kano Pillars hadbeen runaway favorites for the young talent, but he can not return to the country of his birth because of religious persecution.

A sect of terrorist groups are after his life according to Frank Uriwaya, who handles the affairs of Bright Adizue.

FC Basel had intentions of signing the exciting teenager in the summer transfer market, but his agent could not agree financial terms with the 15 - time champions of Switzerland.

Frank Uriwaya told allnigeriasoccer.com: “I got a phone call last week from a representative of Kano Pillars that they want the
signature of my player.

“I have also received calls from Italy, France and Portugal but I want to make the right choice for him.

“Chievo Verona, Dijon and Nacional have also invited him for trials.”

When quizzed on the whereabouts of his client, Frank Uriwaya diplomatically refused to disclose that information.