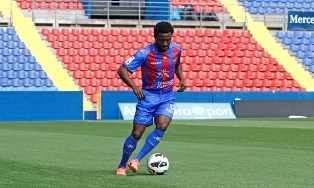 Officials of MLS club Seattle Sounders have flown back to the United States without pulling off one of the deals of the transfer window by signing Nigeria international Obafemi Martins.

In addition, Levante are not interested in resuming negotiations with Seattle Sounders. As things stand, the deal is off.

One of the goals of Levante this season is to qualify for Europe at the end of the campaign.

It is very important that Martins, the team's leading scorer with 7 strikes, remains with the Granotes if that objective is to be met.

Despite the transfer imbroglio, the 28 - year - old attacker played for 32 minutes in the big derby with Valencia (2 -2) on Saturday.