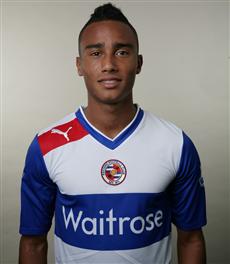 Anglo - Nigerian winger Jordan Obita has impressed while on loan at League One side Oldham Athletic. Hence, the Latics have decided to keep him for an additional month.

The new agreement between Reading, Obita's parent club and Oldham Athletic will see the youngster remain at Boundary Park until April 1, 2013.

The England  youth  - teamer has made 4 appearances for Oldham Athletic and was on target in the 2 - 2 draw with Everton in the FA Cup.

Obita, 19, previously had loan spells with Barnet, Gillingham and Portsmouth.