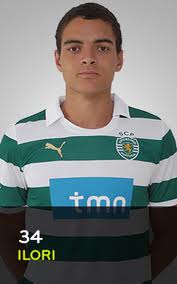 According to Portuguese sports daily A Bola, negotiations are ongoing between the leadership of Sporting Lisbon and Tiago Ilori on the renewal of his contract.

The hypothesis is that the 20 - year - old defender, widely regarded as one of the exciting prospects in the Portuguese championship, will extend his stay at the Lions for an additional three or four seasons.

Under contract with Sporting Lisbon until June, 2014, Ilori has a release clause of 30 million euros. The youngster is managed by super  - agent Pini Zahavi.

Though Ilori has played for Portugal youth - team, he is still eligible to feature for Nigeria and England.

This season, he has made three appearances in the Primeira Liga, including last weekend's game against Porto.