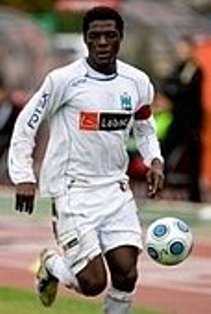 Nigeria gaffer Stephen Keshi has released the list of foreign based professionals to face Kenya in a World Cup qualifier in Calabar on March 23rd.

Levante striker Obafemi Martins is the headline name on the roster while there is no place in the team for injured Spartak Moscow ace Emmanuel Emenike, substantive skipper Joseph Yobo and Betis' Nosa Igiebor.

Interestingly, Varese exciting winger Nnamdi Oduamadi has earned a recall to the national team on the back of his impressive displays in the Serie B.

Having garnered 4 points from her first 2 games, Nigeria leads the group standings .