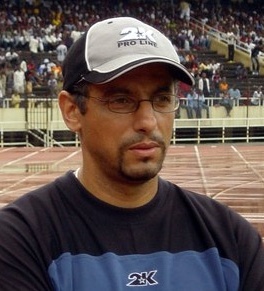 Amrouche had all the local based players, 29 in number report for the first session.

''It was a very good session with the players meeting the coach and getting to interact and know each other. We had lunch together, talked and had a light two hour session from 3-5pm.

''He sold out his tactical plan for the Nigeria match and the players were trying to put it into practice,” assistant Coach James Nandwa told Michezoafrika.com.

Nandwa says that the players will report back to camp on Monday morning after their club duties in preparation for the huge task that awaits them on March 23rd against Nigeria’s Super Eagles.

''The work now starts on Monday when we have three days of training up to Wednesday.

We will talk with the coach and see whether we can have two sessions a day because our time is limited with less than three weeks to the game in Nigeria,'' adds Nandwa.