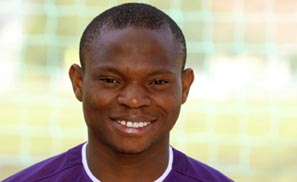 Rabiu Afolabi, who played for the Super Eagles at the 2010 World Cup, is testing with the Southern Jutland side. If the Nigeria international impresses manager Lars Søndergaard at the end of trials, he would be offered a contract.

''He has a crazy resume, but he has been surplus to requirement in Monaco, which is why he is now a free agent.

''Now he trains here with us for a few days. There is not an actual trial training, but we must just see what constitution he is in.

''The physical training begins right now, so he must be close to top form if we are to sign him,'' says sports director Ole Nielsento jv.dk.