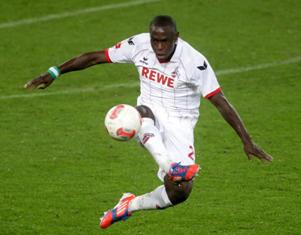 Anthony Ujah will return to Mainz at the end of the season when his loan deal with 2 Bundesliga club Cologne expires, according to German newspaper Bild.

The 22 - year - old Nigerian forward has netted 9 goals in 21 matches including his brace against Paderborn this past weekend.

''Basically no information on the contract details. We and Cologne have a very fair and performance-based compensation agreement,'' manager Christian Heidel told Bild.

If Ujah scores 10 goals for Cologne in Germany's second tier, Mainz would be entitled to 150,000 euros compensation.

The ex Lillestrom star is under contract with Mainz until the summer of 2015.