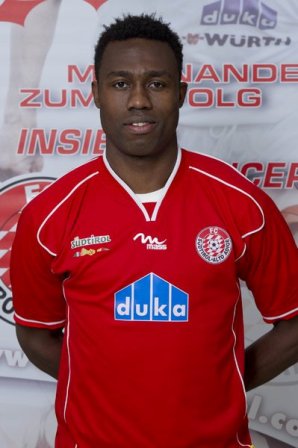 Just two months ago, the 24 -year - old stopper was linked with a return to the Serie A, specifically Cagliari, but the window shut and he remained with Arsenal Kiev.

He was recalled from his loan spell with Dnipro in January. Since then , the defender has played three matches for the Kievites in the championship.

The agent of the one - cap Nigeria international defender is understood to be in contact with some unnamed foreign clubs on a potential summer move.

Under contract with Arsenal Kiev until June 2014, Odibe is valued at around 1.5 million euros by transfer market experts.