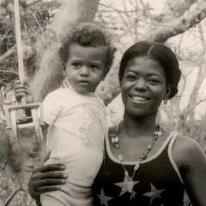 Sweden based former 3SC of Ibadan midfielder Jude Emeka Axelsson has been racially abused in Nigeria.

According to a press release by his lawyer Barrister Johnny Precious Ogbah of Activity Chambers, Mr Axelsson is of mixed race, as his father is Swedish and his mother is Nigerian.

However, Mr. Axelsson is alleged to have been born as an outcast, in the outlawed Osu caste system predominant in the eastern part of Nigeria.

Jude lost contact with his dad when he was only a baby, and his mother died when he was around seven years old so he grew up in his maternal home.

He soon forged his way to prominence through football and went on to play for Ibadan giants 3SC before he proceeded to Sweden in search of his estranged father.

According to his lawyer, he informed them that he recently started receiving serious threats via phone calls from individuals warning him not to venture to come back to the the country, calling him an osu, and abusing his father. Recently he received email of a similar nature.

"We shall report the matter to the police. It is a delicate matter, and for that we cannot divulge the name of the village or even the state for now till police conclude their investigations. Just because they heard the young man is with Bodens BK FC in Sweden they think he is in money and are threatening to kill him if he comes to Nigeria his place of birth.''