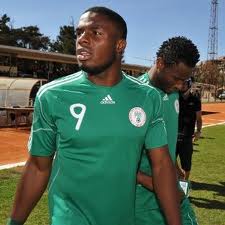 Everton striker Victor Anichebe is in the form of his life. The 24 - year - old netted his sixth English Premier League goal against Queens Park Rangers on Saturday.

He has set himself a target of at least another four goals before the end of the campaign in May.

''Hopefully I can finish the season with a couple more goals to get to double figures.

Ahead of Tuesday's trip to London to face Arsenal, who drew 1 - 1 with The Toffees back in November, Anichebe said: ''We are close to fourth and fifth place and we will keep fighting.

"We will need to recover now for the big game against Arsenal and hopefully we can get three points against them as well."