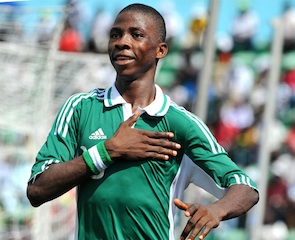 Turkish manager Hasan Eglimez, who is in Morocco scouting for talents at the ongoing CAF Under 17 championship, says he is impressed with the level of football intelligence exhibited by the Golden Eaglets.

''I am impressed with Ifeanyi Matthew with his intelligent game and good passes. He is very good in dead-ball situations.

''Also, Isaac Success is a good finisher. He's got power and skills on and off the ball.

''Kelechi is not far behind Success. The two strikers are terrorizing defenses here in Morocco.

''Bulbwa is the fourth player that has impressed me. He runs and fights for the team, has good technical skills. Very agressive and a fighter,'' stressed Hasan Egilmez.

The former coach of Albanian Super League side FK Tomori Berat added: ''Those are the four main players in the Golden Eaglets, but I am impressed with the squad.

''If they concentrate and play their own game, they are unbeatable. It was more than luck when they lost to Ivory Coast.

''On that day, everybody saw the Ivorian goalkeeper was the best man on the pitch.''

Nigeria will lock horns with Tunisia in the city of Marrakech in the second semi - final on Wednesday, April 24.