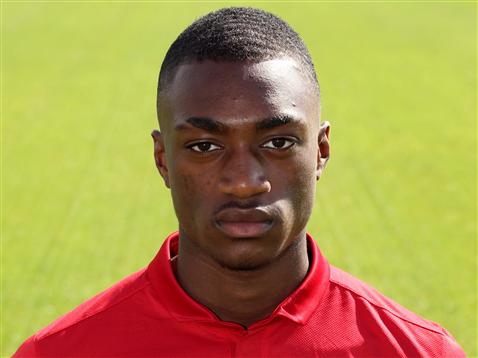 Charlton Athletic's Semi Ajayi has expressed delight after scoring one of the goals in the Flying Eagles routine 3 - 0 victory over part - timers Feldmoching in the team's second build up game played on Monday afternoon near Munich.

Seven minutes from full-time, Semi Ajayi, a second half substitute, scored a headed goal off a corner kick from Christian Pyagbara.

''I am over the moon to get my first goal in Nigerian colours and hope it is the first of many more to come. I just need to keep working hard.

''Feldmoching offered a good test for us, but we played well and kept good possession of the ball eventually wearing them down towards the end.

''And the game became a bit more open because of this and we took advantage,'' Semi Ajayi told allnigeriasoccer.com.

The 19 - year - old, who has spent most of his life in the United Kingdom, has praised his teammates for welcoming him into the fold.

''The team have all been positive with me and made it easy to settle in. They are all good lads and the team chemistry is good here. ''

Semi Ajayi is described as a defender who is composed on the ball, boast a good range of passing, tall and good in the air.