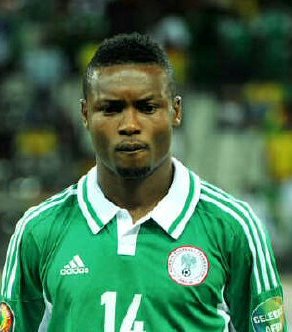 South American champions Uruguay defeated Nigeria 2 - 1 on Thursday evening to keep alive their hopes of qualifying for the semi - finals of the Confederations Cup.

But it was defender Diego Lugano, of all people, that opened scoring for Uruguay in the 19th minute, capitalizing on a mistake by the Nigeria back line, who failed to clear Diego Forlan's cross.

After the Super Eagles conceded, Uruguay lost steam in attack and the game turned in favor of the African champions.

And they were rewarded with a beautiful goal by Chelsea midfielder John Obi Mikel in the 37th minute.

His match winning strike arrived after 51 minutes, a shot from an angle which tricked Vincent Enyeama.

Nigeria must defeat Spain by a wide margin on Sunday in Fortaleza or they will be knocked out of the Confederations Cup.