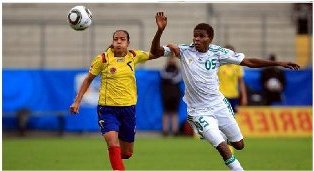 Super Falcons star Ohale Osinachi is not losing sleep after she missed out on a dream move to WFC Rossiyanka early this year.

With the 21 - year - old Nigeria international failing to agree terms with the Russian champions, she returned to her homeland to continue her career with Delta Queens.

''I have been trying to play in Europe and I believe things will work out well soon. I was invited to Russia by Rossiyanka but left without signing a contract.

''It would be a dream come true if I get to play in the Swedish championship because their league is competitive,'' Osinachi told allnigeriasoccer.com.

Ohale Osinachi is attractive to any suitor as she can play multiple roles in defense and midfield.