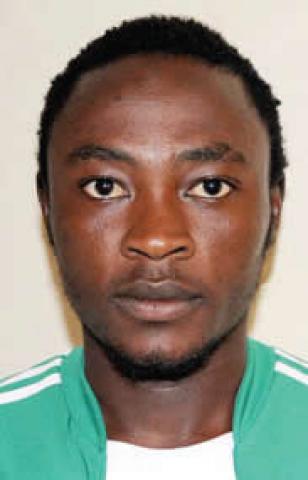 The Flying Eagles recovered from their opening day loss to Portugal, by defeating Cuba 3 - 0 on Monday in Kayseri.

Portugal and Korea Republic shared the spoils in the other group match, meaning Nigeria remain third in the standings and must get a result in the final game against the Asians to be certain of progressing to the knock out rounds.

Aminu Umar, reportedly on the radar of clubs in Switzerland, opened scoring for Nigeria after 19 minutes and four minutes later extended the lead.

On 67 minute, Abdul Ajagun netted his third goal of the tournament to give the Nigeria Under 20's a three - goal cushion.

The Dolphins midfielder could have added to that tally but missed from the penalty spot after striker Kayode Olarenwaju was fouled by Cuban defender Abel Martinez.

Next for the Flying Eagles is the final group game with Korea Republic on Thursday, June 27.