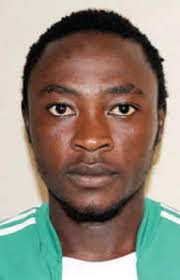 For the second tournament in succession, the Flying Eagles led by John Obuh have failed to progress beyond the quarter - finals of the Fifa World Cup for players below the age of 20 after losing 2 - 1 to Uruguay in the round of 16 played in Istanbul on Tuesday evening.

With the scoreline tied at 1 - 1 and extra time looming, AS Roma youngster Nicolas Lopez  kept his nerves to score from the penalty spot in the 83rd minute.

Certainly, the omens did not favor the Flying Eagles . Four minutes before the interval, right back Abdulahi Shehu was dismissed for fouling Diego Laxalt.

Uruguay began to threaten the Nigeria defense in the second half and this paid off in the 65th minute. A free-kick from De Arrascaeta found Nicolas Lopez, who tapped the ball into an empty net.

Nigeria equalized through  Olarenwaju Kayode  three minutes later. From the halfway line, he showed his stamina, running past the Uruguay defense before firing a screamer of a shot.

Seven minutes from the end, Onyinye Ndidi brought down Diego Rolan and the referee awarded a penalty, which was converted by Lopez.

Uruguay will now play Spain in the quarter-finals this Saturday.