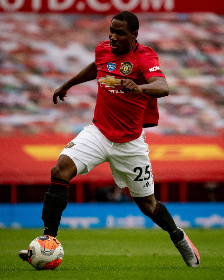 Manchester United and England legend Paul Scholes is of the opinion that manager Ole Gunnar Solskjaer should prioritize the signing of a center forward over Borussia Dortmund winger Jadon Sancho.
Allnigeriasoccer.com exclusively reported in May that the Norwegian football tactician was looking to bolster his squad with the signings of Sancho and Harry Kane this summer, and Manchester United were not willing to pay more than £200m for the two England internationals.
Scholes has advised his former teammate Solskjaer to consider signing Ighalo on a permanent basis if Manchester United fail to land Kane.
Speaking to BT Sport ahead of United's Europa League clash vs LASK, Scholes said : "I just think United need a number 9, a real center forward, a real goalscorer and Harry Kane would be that man for me.

"But then again you have to think what does Ole want? It doesn't seem like he wants that type of center forward at the minute.

"He's got Ighalo who is more of a number 9, he seems to be using him the last 15 - 20 minutes when things are not quite going that well.

"Maybe Ighalo could be an option, a cheaper price, just as a squad filler but Sancho would improve any team."
The 31-year-old Ighalo is on loan at Manchester United from Chinese Super League club Shanghai Shenhua until January 31, 2021.
Ifeanyi Emmanuel
Copyright ANS