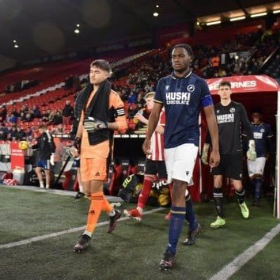 Championship club Millwall have announced their retained and released list following the conclusion of the 2021-2022 campaign.

The Lions have confirmed an exclusive story published by allnigeriasoccer.com 45 days ago that Nigerian centre-back Chinwike Okoli has been offered his first professional contract.

This website reported three days ago that the talented teenager has already put pen to paper on the one-year deal with the option of an additional season.

Another Nigerian youngster in Isaac Olaofe has been re-engaged for next season, with Millwall triggering their extension clause in his contract.

The promising striker spent the whole of last season on loan at Sutton United and had an outstanding season with eight goals in 27 appearances in the League Two in addition to his strike against Portsmouth in the EFL Trophy.

Millwall have exercised their option to extend Abdul Abdulmalik's contract, so he remains under contract for next season.

The 19-year-old represented Millwall U23s in the Professional Development League in 2021-2022.