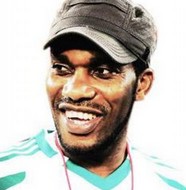 In a bid to contribute to the development of grassroots football in the country and secure the future of the players against unforeseen injuries that might cut short their career, Nigeria Football Coaches Association (NFCA) in conjunction with Capital-3 have concluded plan to stage maiden Royal-Unity Cup.

The soccer tourney, according to the South/West chairman of NFCA, Coach Michael Orok who is also a member of the Main Organising Committee for the event is to unify the teeming Nigerian youths and would involved teams from all the 774 local government council in Nigeria.

Unity Banks and Royal Exchange Insurance are expected to bankroll the national tourney where every players participating would benefit from a health insurance scheme designed to help the Nigerian footballers at the grassroots.

Speaking in the same vein, Otunba Abimbola Davies Chairman Capital-3 and head of the MOC has disclosed Tuesday 26th April as a tentative date for the public presentation, and unveiling of the tournament.

He added that The Nigeria Football Federation (NFF) and notable ex-internationals, such as Christian Chukwu, Idowu Otubusen (a.k.a. Slow Poison) Segun Odegbami, Garba Lawal, Tijani Babangida, Ike Shorunmu, Dimeji Lawal, Jay Jay Okocha, Edema Fuludu among others have endorsed and pledged to identify with the tournament when it gets underway.