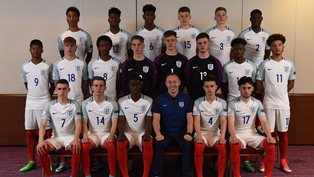 England U17s began their UEFA U17 European Championship campaign on a winning note after coming from behind to beat Norway 3-1 at Velika Gorika on Thursday.

Tottenham Hotspur defender of Nigerian descent Timothy Eyoma put in a full shift for the Young Lions and was impressive.

The Scandinavians took the lead in the eighth minute when a flicked-on corner went into the net off England captain Marc Guehi.

Steve Cooper's side secured the win courtesy of a first-half brace from Rhian Brewster and an additional tally from Manchester City midfielder Phil Foden with 12 minutes left on the clock.

England had six shots on target during the game, with Eyoma accounting for one of the shots in the 62nd minute.

Next up for England is a game against Ukraine at Stadion sv. Josipa Radnika, Zagreb on Sunday, May 7.