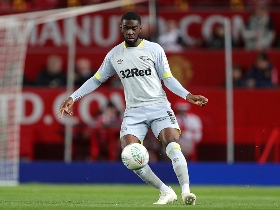 Chelsea defender Fikayo Tomori remains committed to England ahead of the 2019 UEFA European Under-21 Championship in Italy and San Marino.
It is all but confirmed that the Young Lions are guaranteed a spot for the final tournament as they top Group 4 of the U21 Euro qualifiers and need one more point from their remaining two matches to be assured of a place.
Born in Calgary, Canada to Nigerian parents but raised in England, Tomori is eligible to represent the senior national teams of Nigeria, Canada and England, but he is not about to file his one-time allegiance switch to the Super Eagles.
One of the heroes for England as they won the 2017 FIFA U20 World Cup in South Korea, Tomori is a key player for the U21s and has been invited for all their matches since September 2017, racking up eight appearances.
''Nothing has changed on Fikayo Tomori, he is not showing signs of playing for Nigeria yet,'' a top source told allnigeriasoccer.com.
''He is depending on England senior's team, but with what they have now he is not close yet.''
Tomori played three games for Canada U20s before becoming provisionally cap-tied to England in July 2016.
Ifeanyi Emmanuel
Photo Credit : dcfc.co.uk