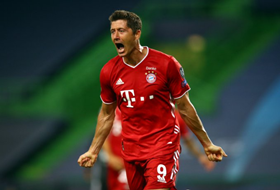 The world of sports was hit quite hard by the coronavirus pandemic. While there have not been many deaths due to the virus, thankfully, it had a broader impact on sports, as it was nearly impossible to host tournaments and matches while the virus raged.
Consequently, we saw that sports leagues and tournaments all over the world were postponed or cancelled from March onwards, with some high-profile casualties among them.
The Tokyo Olympics had to be postponed by a year, as did the European Championships in football. Wimbledon, the most prestigious tennis tournament in the world, was not held at all, for the first time since the Second World War.
However, with some countries managing to bring the virus under a semblance of control, top-level sport was able to return in June.
Of course, there were many changes, with fans not being allowed to attend matches, for example. This is likely to be the case well into next year, and teams will need to get used to playing in empty stadiums and arenas.
Other than this, there were strict testing and hygiene measures put in place, with bio-secure ‘bubbles’ being created for players and staff, and nobody allowed to breach these environments.
With these surreal measures in place, it was the Bundesliga, the top-flight football league in Germany, which was the first to return.
Its experience was used by the other leagues in the likes of Italy, Spain and England when devising their own plans to return, and the Bundesliga’s return was a success, with the competition being completed by July.
Since the return of the Bundesliga, Bayern Munich went on a brilliant run of form to win their eighth consecutive title.
Despite having looked shaky in the earlier part of the season, the club’s decision to change managers and give the job to Hansi Flick worked wonders.
The club also won the DFB-Pokal final, and are now on course for an unprecedented treble, the second in their history, after reaching the final of the UEFA Champions League.
One of the main catalysts behind their stunning run of form has been Polish striker Robert Lewandowski.
Lewandowksi made headlines of a different sort while football was suspended, by signing a deal with Movie Games, a Polish video game developer.
Movie Games’ focus is sports video games, and so inking a deal with the leading Polish sportsman of his time made sense for the company, especially as online forms of entertainment grew in popularity during the lockdown months.
This is true across all online mediums, with some of the best online casino games being based on sports, for example.
The company will be launching new games in September, with Lewandowski’s experiences being used to improve the product for the customer.
On the pitch, Lewandowski has probably been one of the best players in the world this season, and definitely deserved to be in contention for the various global awards.
While the Ballon d’Or was cancelled for this season, FIFA’s Best awards are still set to go ahead, and so there is a case for the Polish striker to win this year’s edition.
He has scored 55 goals in all competitions, including 34 goals in the Bundesliga to win the top goalscorer award for the third year in a row and for the fifth time overall.
He has also netted 15 times in just nine Champions League games, and could overtake Cristiano Ronaldo’s record of 17 goals in a single season, if he nets more than twice in the Champions League final.
His record has been superlative, and he fully deserved to win the Ballon d’Or. But with that award not being given out this year, it is hoped that FIFA will still recognize him as the best player in the world this season, especially if Bayern go on to win the Champions League and complete their treble.
Ifeanyi Emmanuel
Photo Credit : fcbayern.com