Alimosho League: Organizers read out riot act to clubs ahead Of league resumption 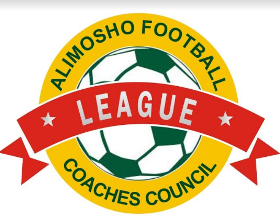 Organizers of the Alimosho Football Coaches Council League (AFCCL) have read out riot act  to club owners, coaches and players while vowing to apply full wrath of its rules and regulations on them ahead of its forthcoming league.


The AFCCL made the announcement during a meeting with the various club owners and coaches held recently at the AJ Hotel, Igando, Lagos.
Addressing the club owners and coaches, Chairman Organizing Committee, Uchenna Samuel Eke issued a stern warning to all stakeholders even as he stressed that they must avoid conducts capable of bringing the league into disrepute.
" So long as this league is concerned, our rules and regulations are very important. We have given out the booklets containing all the rules and regulations to the participating teams.
"It's left for the club owners, coaches and managers to caution their players and fans because  any club found wanting during or after the league would be sanctioned accordingly," Eke posited.
In his own comment, Chairman Technical and Disciplinary Committee, Olojo-Kosoko Olanrewaju disclosed that this season campaign would be supported by sports manufacturing company and reinstated that violators of its rules and regulations would face the music.


"We want our league to remain the best and as such we want to maintain the standards we have already set.
"Our reputation is at stake, so to this end, we don't want to condone any act of indiscipline, violence and hooliganism.
"We have put measures in place and I believe that our coaches and managers would strictly adhere to the rules guiding the league," he added.
Some of the club owners and coaches who spoke at the meeting expressed satisfaction with the rules and regulations and promised to educate their players and fans on what to do before, during and after a league match.