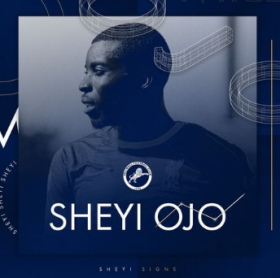 Through a statement on their official website,  Premier League side Liverpool have confirmed that Nigeria-eligible winger Sheyi Ojo has joined Millwall on a temporary basis.
The 2017 U20 World Cup winner has been loaned out to the Lions for the remainder of the 2021-2022 campaign.
Ojo spent the past four seasons on loan at Fulham, Reims, Glasgow Rangers and Cardiff City.
The 24-year-old also gained valuable first team experience during loan spells at Wigan Athletic and Wolverhampton Wanderers.
He has joined a Millwall side who are seventeenth in the Championship standings with five points from five matches.
Since transferring to Liverpool in 2011, the Anglo-Nigerian has appeared in thirteen matches for the first team including eight games in the Premier League, scoring once while producing four assists.
Ojo trained with Liverpool U23s to maintain his fitness before agreeing terms with Millwall.
He is a player of interest to the Nigeria Football Federation and Super Eagles manager Gernot Rohr.
Ifeanyi Emmanuel
Photo Credit : millwallfc.co.uk
Copyright ANS