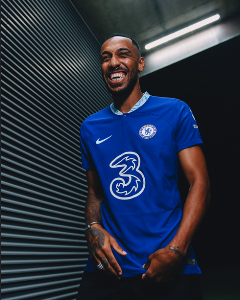 Arguably their marquee signing of the summer transfer window, former Arsenal captain and bona fide African star Pierre-Emerick Aubameyang has joined the Blues on a permanent transfer from Barcelona.

The 2015 African Footballer of the Year has put pen to paper on a two-year contract with Chelsea.

French-born Aubameyang netted 13 goals in 23 matches in the second half of last season at Barcelona after joining from Arsenal.

The veteran striker has been allocated the number 9 shirt, which was vacant after Romelu Lukaku's loan move to Inter Milan.

Cap-tied Switzerland international of South Sudanese and Congolese descent Denis Zakaria has joined Chelsea on loan for the remainder of the season, with an option of a permanent transfer at the end of the season.

Prior to joining Juventus in the winter transfer market, Geneva-born defensive midfielder Zakaria wore the colours of Servette, Young Boys and Borussia Mönchengladbach.