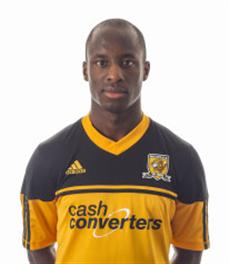 Nigeria international Sone Aluko has been tipped to be a hit in the Premier League by Hull City manager Steve Bruce.

It was Steve Bruce that convinced Aluko to sign a two - year contract with the Tigers last summer.

Though injury curtailed his progress this term, he still finished the season with a good scoring ration, netting 8 goals in 22 starts.

''He's the type of player that gets you up off your seat and, as I said a few times last season, he's one you'd pay good money to watch.

"It'll be exciting to watch him in the Premier League I'm sure, but fingers crossed he gets a good pre-season under his belt and he's ready for it,'' Bruce was quoted as saying by thisishullandeastriding.co.uk.