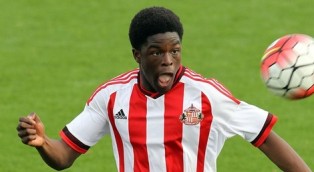 Nigerian whizkid Joshua Maja is unlikely to make his Premier League bow against West Brom at the Stadium of Light on Saturday.

Though the offensive talent has been included in Sunderland’s provisional roster for today’s game at Stadium of Light, he was in action for the Development Squad in their 1-1 draw with Cardiff City in the Premier League Cup on Friday.

Thus, Maja might not be involved against the Baggies, and the same goes for Sweden U21 international Joel Asoro, who played against the Bluebirds and netted in the 76th minute.

The 17-year-old made his senior debut for Sunderland in their league Cup win over Queens Park Rangers, replacing Asoro in the 69th minute.