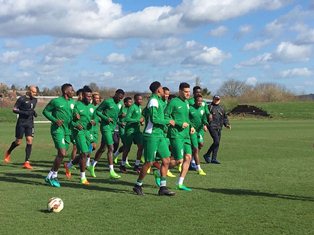 The Senegalese squad encountered visa problems ahead of their international friendly against Nigeria at the Hive Stadium on Thursday, March 23.

Gawlo.net says the Senegalese Federation arranged for the players without valid visas to England, those in possession of a Senegalese passport only, to travel to Paris, where they will file their visa applications at the British Embassy in the French capital at 1500 hours on Monday.

They were discouraged from processing their visa applications in Dakar because it will take a minimum of fifteen working days before the traveling document is issued.

Fifteen members of the Senegalese delegation landed in Paris on Monday to apply for entry visas to the United Kingdom.

The Lions of Teranga coach ‎Aliou Cissé flew Sunday night aboard Air France, had a short stop in Paris before arriving his final destination, London.

The Senegalese Federation had problems paying the flight tickets for the invited foreign-based professionals because the Ministry of Sports could not mobilize the funds on time despite making reservations early last week.