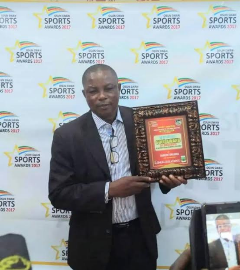 Coach Samson Unuanel says he is available for any coaching job in the country and has debunked speculations that he has taken up the Adamawa United coaching role.

The gaffer though confirmed that he was approached by the club but no agreement has been reached.

The tactician's representative Mr. Eddie Ogbemudia said "Yes, coach Unuanel was contacted by Adamawa United, but we don't have anything on the table yet, presently, he is available for any coaching role and I must stress that he has not taken up any coaching role as at today".

Samson Unuanel the former Enyimba, Sunshine and assistant coach of the Super Falcons is on the radar of a few Nigerian clubsides, and his camp says he is available for negotiation in any part of the country and abroad.