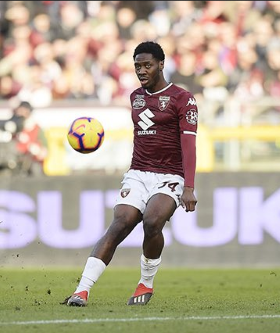 According to Turin based sports daily Tuttosport, there are unnamed English clubs interested in the fullback who would gladly return to the Premier League.

The Nigeria international has approximately six months left on his contract with Torino, whom he joined from Chelsea on a permanent deal in the summer of 2019 for a fee in the region of ten million euros.

Per the report, Torino Technical Director Davide Vagnati is back in Italy from Qatar, where he scouted some players, and he's now set to resume negotiations with Aina's camp over a contract extension.

West Ham United had concrete interest in Aina in the hours leading up to the close of the summer transfer window but the Hammers saw a bid rejected by Torino.

Crystal Palace were linked with the versatile defender at the start of the year but a move did not materialize.

Aina has thirty four career appearances to his name in the Premier League with 31 in the colours of Fulham.