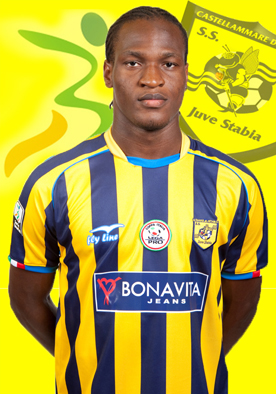 Andrea Campi, the agent of the Italian - Nigerian attacker Jerry Mbakogu, has confirmed to Italian media that his client is being monitored by Torino and Palermo as well as clubs based overseas.

Tuttomercatoweb.com quoted Campi as saying: ''I confirm that Torino and Palermo are following (Mbakogu, ed) with interest. Apart from these, he's also being scouted by some foreign teams such as  Rangers and some teams of the Premier League. Besides, he is liked in  Spain, but for now we are stuck with the interests. "

Mbakogu, 20, is making headlines following his recent brilliant performances for Juve Stabia. He has netted three times in his last three matches in the Serie B.