Christian Obodo On The Way To Dinamo Minsk 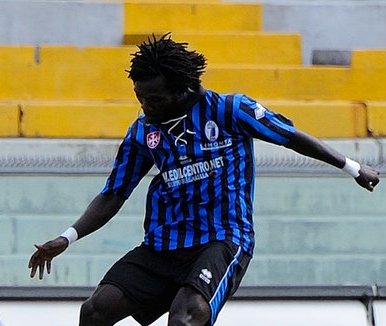 Christian Obodo is on the brink of a move to Belarus giants Dinamo Minsk, the agent of the Nigeria international, Sebastian Salaroli has told the media in Italy.

The 28 - year - old central midfielder had attracted interest from 2 Bundesliga table toppers Eintracht Braunschweig. But the proposed move ended up in smoke as both parties could not agree terms.

''There was also some talk with Livorno, because the boy wants to stay in Italy, and also with Villarreal. But came the black smoke . He is now one step away from Belarus,'' Sebastian Salaroli told sportal.it.