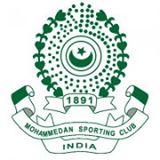 I - League outfit Mohammedan Sporting Club have officially announced the appointment of Moshood Bola Abdul Aziz as the new coach to lead the team next season.

The 44 - year - old Nigerian gaffer takes over from Sanjay Sen, who resigned as manager last month despite steering the side to promotion.