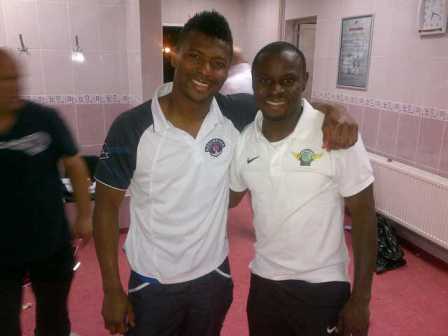 Kalu Uche’s purple patch in front of goal continued on Tuesday after he netted a brace for Al Rayyan in their 4 - 3 loss to Al Shabab of Saudi Arabia in the AFC Champions League.

And nine minutes later, the Nigeria international turned provider for teammate Sayaf Mohsin to give the Qatari team a one - goal advantage.

But Ahmed Ateef  made it 2 - 2 in the 22nd minute before Kalu Uche scored his second of the game four minutes before the interval.

In-form Kalu Uche has now notched up 4 goals in the Champions League this season.

On the other hand, compatriot Yakubu Aiyegbeni, a second half substitute against Al Shabab, is still searching for his first goal in the competition.

After three rounds of matches in Group A, Al Rayyan sit third on the table with 3 points.