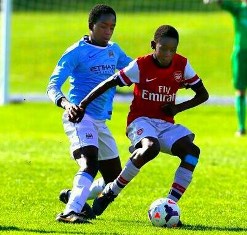 The England U16 international has completed his move to the Foxes ahead of the new season, penning a two-year scholarship that will keep him at the King Power Stadium until 2019.

Elewa-Ikpakwu fueled rumours he was set to depart Manchester City when he featured for Manchester United U17s in a friendly against Everton last December.