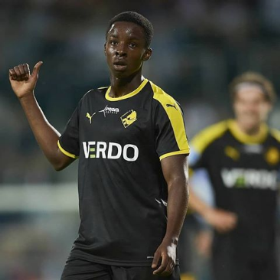 Allnigeriasoccer.com reported on Thursday that negotiations between Sivasspor and Randers were at a very advanced stage and the midfielder's transfer to the Europa League hopefuls was imminent.

Pedersen claims that Randers are in the early stages of negotiations with Sivasspor, with whom they are far from having an agreement yet.

Kehinde has entered the last one year of his contract with Randers and the Danish Super Liga club are open to the sale of their number 10, rather than let him leave on a free transfer when his contract expires next summer.

"I can confirm that they (Sivasspor) are interested in Tosin Kehinde, but it is not the case that we are close to closing a deal, " sporting director Pedersen told Randers Amtsavis, via bold.dk.

Allnigeriasoccer.com understands that a loan move with an option to buy is being discussed between by the two clubs, meaning the former Nigeria U23 invitee has to extend his contract for the deal to go through.