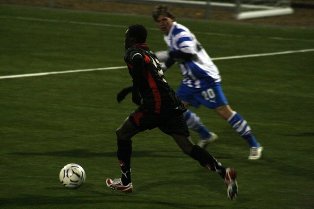 FC Midtjylland's Rilwan Hassan was brilliant in the club's 3-1 victory over champions Nordsjælland on Saturday in the second round of matches in the Danish championship.

Speaking to FCM's official website, Hassan said: ''It's amazing, because that is what I train a lot for. I'm working on getting to score more goals and make more assists, for it belongs to the role that I play.''

Rilwan Hassan has started and finished the last four games played by the Wolves in the Danish top flight.