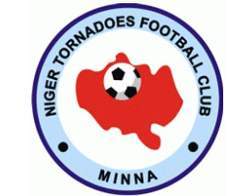 Reports in Israel have disclosed that Bnei Yehuda, which has the out-of-favor Nigeria international goalkeeper Dele Aiyenugba on its payroll, has targeted Gwar as top priority in the summer transfer market to replace the South African attacker Dino Ndlovu, who has moved to Maccabi Haifa.

Bnei Yehuda face competition from Efe Ambrose's MS Ashdod for Sibi Gwar. Officials of Ashdod have sent a plane ticket to Gwar to attend tests before he is offered a contract.

According to leaks gathered by allnigeriasoccer.com's Editorial Staff, National Team duties with the Nigeria selection might prevent Sibi Gwar from answering the call of Bnei Yehuda coach, Dror Kashtan.

Sibi Gwar, statistically the best striker in the Nigeria Premier League, this weekend leaves Minna to start training with the Eagles squad for the friendly against Niger in Niamey in two weeks time.

Depending on Gwar's performance in the exhibition game, coach Stephen Keshi may retain him for the Nations Cup qualifier against Liberia. By then, the summer transfer market would have been shut.