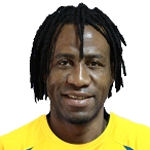 Isaac Okoronkwo, who you can now regard as a former Nigeria international, has been ruled out of action for three weeks after picking up an injury in Rostov's pre - season build up.

Assuming there are no major setbacks, Okoronkwo will return to action on August 31 when Rostov travel to Volga for match day 7 in the championship.

Now undergoing rehabilitation, Okoronkwo answered questions from the official website of Rostov on his recovery process.

He told the official website : ''It is now better. Until the end of this week I plan half training in the gym. It is likely that from next Monday I start to run slowly, but after a couple of weeks, I hope, will join the group. To tell the truth, already miss football. Now the main thing - to quickly recover. By its very nature I am a football player who used to always be alert and at any time to help the team. ''