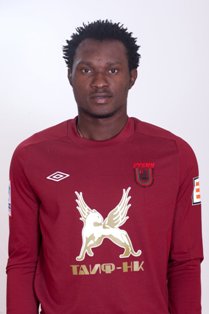 Coach Tal Banin is looking for additions to his squad before the window shuts and has beamed his searchlight on Tukura, who previously played in Israel three seasons ago for Maccabi Nazareth. Before then, he had a brief spell with Hakoah Ramat Gan.

All things being equal, Tukura will land in Israel on Monday or latest Tuesday to begin test with Maccabi Netanya.

The ex Rubin Kazan fringe player is currently on the payroll of Romania vice - champions FC Vaslui. He has made five appearances this season in the Liga 1 and played in the Europa League against Inter Milan back in August.