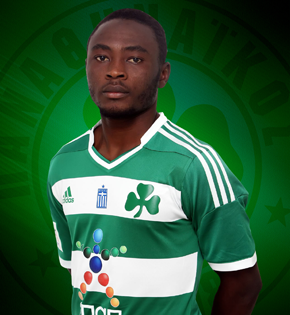 Panathinaikos midfielder Abdul Ajagun returned to training on Tuesday morning after he was given some days off by the leadership of the Greek club.

The Greens, fourth on the Super League table, are preparing for Sunday’s  clash away to Panaitolikos.

On Monday, manager Anastasiou  held a workout without the former Flying Eagles skipper in attendance.

20 - year - old Abdul Ajagun has recorded 9 appearances in the Greek topflight so far this season.