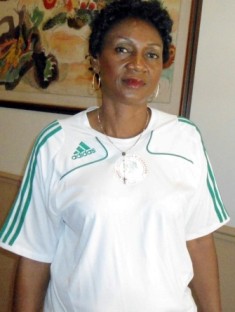 The 2014 Nigeria Women Football League (NWFL) Congress and the draws of the 2015 Nigeria Women Premier League will hold in Abuja on Tuesday 24th March, 2015.

According to a release signed by the Secretary of the League Isaac Ajisafe, delegates are expected to arrive Abuja on Monday 23rd March, 2015.

Quoting his words, the Scribe said “ the NWFL has decided that the 2014 Annual Clubs Congress of NWFL will hold on Tuesday 24th March, 2015 in Abuja” .

He said that the climax of the Congress will be the Champion of Champions football match between Rivers Angels of Port Harcourt  and Pelican stars of Calabar.

The second match would be between Martins Whites Doves of Benin and FC Robo of Lagos, which will determine the overall winner of the Professional League.

The matches would be played at the FIFA goal project at the Abuja National Stadium.