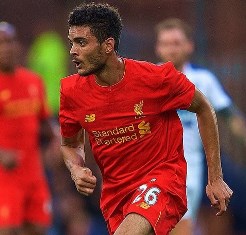 Nigerian defender Tiago Ilori is out of favour at Liverpool after failing to seal a switch to another club before the close of the summer transfer market.

And despite the fact that he has been registered for the Premier League, the Portugal youth international is set to play for the Reserves in the Premier League 2 until at least when the transfer window reopens for business.

On Thursday night, Ilori played the first half of Liverpool’s 2-2 draw with Brentford’s B team in a friendly game at Griffin Park, meaning it is all but confirmed that he is not in contention to face Leicester City tomorrow.

Since his switch to the Reds from Sporting Lisbon, the 23-year-old has not made a single appearance for the club in the top-flight and has been farmed out on loan to Aston Villa, Bordeaux and Granada.

Tiago Ilori remains eligible to represent Nigeria and England at senior level though he has caps for Portugal’s youth teams and helped the country qualify for the quarterfinals of the 2016 Olympic Games.