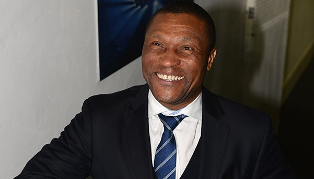 Michael Emenalo has become one of the most qualified Nigerian coaches, with the Chelsea Technical Director acquiring the UEFA Pro Licence, the highest coaching certification in Europe.

The English Football Association has announced on its official webpage that the 1994 World Cup star was among the 25 candidates that recently graduated from the 18-month long course.

“We’ve had lots of different success stories over the course of the 18 months including Gary, Neil and Michael Emenalo (Chelsea's technical director) but also many others that haven’t finished with silverware,” Jamie Robinson, The FA's head of professional game coach said.

Ex-Super Eagles coach Sunday Oliseh has an equivalent of the UEFA Pro License, while Mutiu Adepoju and Emmanuel Amuneke claim to be in possession of the certification.