...the complete Nigerian football portal
Subscribe
The Importance and Effects of Football Betting On Football Teams and The Fans
Published: August 28, 2021 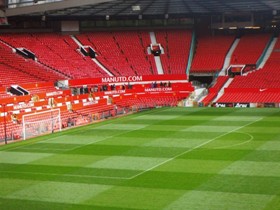 Football is one game that would not survive without the fans. The Football supporters represent the 12th player of the team they support.
They cheer with their hearts and move football debates in all corners of society and communication platforms.
Something more, they place wagers on their teams with a strong belief their football team will certainly have the upper hand in the game.
The supporters are not just interested in the game but also in the outcomes.  As the game grows, so does the betting in the game.
1.  Popularizing Less Known Teams

Sports and gambling have become intertwined and almost inseparable. The bookies in their platforms include all the teams; popular and the less popular football teams are all represented.
Less known soccer teams tend to get a significant promotion which would otherwise be difficult.  Sports betting is an area online NetBet online roulette casinos have also begun to devote to, offering the sports betting lovers a chance for several betting platforms without leaving the betting site.
The involvement of online casinos in sports betting gives the less known teams more platforms for exposure.
2.  Promotes Sponsorships
You will find betting logos on team t-shirts, on televised football games adverts, and stadium hoardings.
The betting companies have sponsored teams and even stadiums to the extent that some betting companies are closely associated with ownership of some football teams with a considerable fan base.
The gambling sponsorship logos are common in premier league teams and also the championships. With budgets affecting many teams in Europe and worldwide, sponsorship is a crucial means of survival.
The sponsorship by gambling companies has helped many soccer teams increase their value as more betting firms become more interested in football and willing to sponsor teams, clubs, regional games, world cup qualifiers, and Championships.
While gambling companies' sponsorship may not be the most lucrative, gambling companies' logos appear most on the players' shirts and field ads.
Sponsorship goes beyond helping the teams achieve their goals to giving their fans access to TV viewership which may be difficult without proper sponsorship.
3. It gives Fans Reason to Follow On the Game
When the fans place a wager on a game, they have all the reasons to follow each game step, either in attendance or virtually.
Watching soccer is thrilling, but watching a game where you've placed a wager is even more compelling.
Placing a bet is digital; the bookmakers have gone digital, making it easy to choose your betting site and placing your bet whether it's over/under bets, halftime bets, double chance bets, or both teams to score bets.
The energy is focused entirely on the game, and every move affects the emotions, high or low.
The game's outcome is usually a personal affair, if the team wins, the fans too win, and if the team loses, the supporters feel the loss.
The losing fans learn from their mistakes and prepare to win the next game; these are the 12th player, every moment in the game matters and every game is a new strategy hence need to follow each moment irrespective of the previous outcome.
4.  Requires Game Skills to Place the Wager
In soccer betting, the game is crucial than the betting itself. The game is the deal; betting is a show of commitment.
However, the increased betting opportunities in football has locked in more football fans. Hence the bettors have to understand the game in a better position to reduce their betting risks.
The fans will have to watch the games and get to know and understand the players even more. Luck is a no go zone for football fans.
It's their understanding of the game, their team and players that determines the choice they make.
The knowledge, game information, knowledge of the engaging football teams, and previous statistics make the fans feel equipped to place their bets with authority.
Thanks to smartphones, information is available from all corners of the world through the internet linked smartphones, which also links to the bookmakers for easy betting.
Conclusion
Football forms the centre of bringing people together; fans,  sports betting firms, online casinos and other online bookies.
The involvement of the bookmakers in football has led to the exposure of the less known teams to football lovers worldwide.
The visibility of the sports gaming companies in the field is so immense that most players' shirts have become unanimous with the betting companies.
However, for the bettors, bet responsibly; as they say, with freedom comes responsibility.