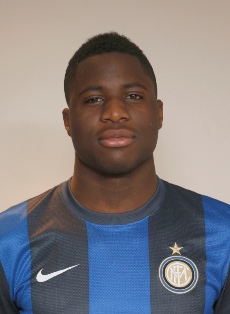 Ogunseye, who turned 18 years last month, was born in Mantova,  Lombardy to Nigerian parents, and thus he is eligible to play for the Italian National Team.

''Ibukun's parents want him to represent Nigeria. but the young man prefers to play for Italy if given the opportunity.

''But for now he wants to concentrate on moving up to the Primavera this coming season.

''He is not in the first team of Inter Milan yet, but he is likely to get a first team contract this July as he is already 18 years.

''After signing the professional contract, Inter will send him to their Primavera squad,'' a source close to Ibukun Ogunseye told allnigeriasoccer.com.

Former Inter Milan gaffer Andrea Stramaccioni had been monitoring the progress of Ibukun Ogunseye before he was fired.